The Belize Zoo and Tropical Education Center is located in the Cayo District of Belize, Central America near the Capital of Belmopan. The zoo sits on 29 acres of tropical savanna having over 150 animals which were orphaned, rescued, born at the zoo, rehabilitated, or sent to The Belize Zoo as donations from other zoological institutions.

We were fortunate enough to spend about 2 hours touring the facility, seeing many animals and learning about their history. The highlight for me was giving a high-five to a Black Jaguar named "Lucky Boy". Really! We high-fived each other! Lucky Boy was rescued from near death in July of 2012. He is now fully recovered and somewhatof a star at the zoo. 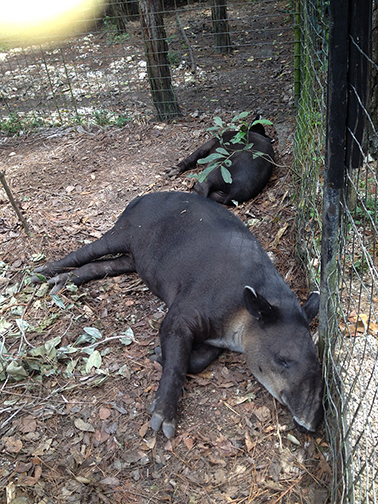 Tapirs, the national animal of Belize, is known as the "mountain cow" and was a very interesting animal to see. This animal has a prehensile, long snout like an elephant or anteater, but is actually related to the horse and rhinoceros. All tapirs have oval, white-tipped ears, rounded, protruding rumps with stubby tails, and separated, hooved toes, with four toes on the front feet and three on the hind feet, which help them to walk on muddy and soft ground. They are forest dwellers, active mostly at night as they forage along river banks and forest clearings. Tapirs near water sources will swim, sink to the bottom, and walk along the riverbed to feed, and have been known to submerge themselves under water to allow small fish to pick parasites off their bulky bodies. Along with freshwater lounging, tapirs often wallow in mud pits, which also helps to keep them cool and free of insects. 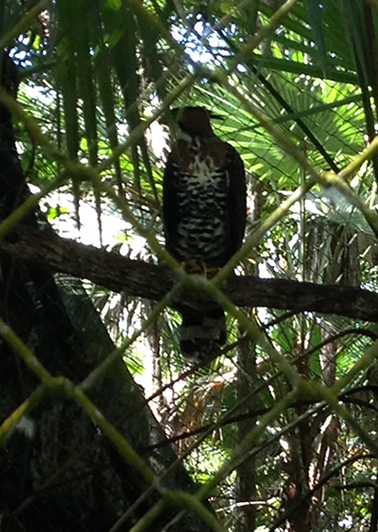 Another animal we saw, that has always fascinated me when seeing them near the Island, is the Ornate Hawk Eagle. Granted, I always had to make sure my cat was inside when these huge, magnificent birds showed up at the villa since they are a predator who are known to take prey that are almost twice their weight. They mainly live in the pine forests among jaguars, macaws, tapir, monkeys, sloths, snakes, frogs, and many other plants and animals.

There are too many animals to highlight in the story, so I've created this 2 minute video below so you, too, can take a tour of the Belize Zoo.

back to top
comments powered by Disqus